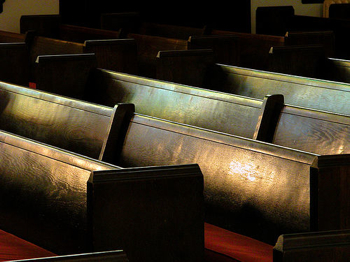 A few troubling studies have been released in the recent weeks depicting the ongoing decline of faith among Millennials in America. While the lack of church attendance and the growth of atheism in the Millennial generation has been widely discussed for some time, the bad news about the lack of faith in Millennials is that we don’t care enough to make a difference.

Every time I post about Millennials someone asks me who Millennials are, so let me clarify here. Millennials are typically known to be people born between the years 1980 and 2000, and they will be the largest generation in the United States within a few years.

A Pew survey released earlier in June compared data points between 2007 and 2012. In 2007, 83% of Millennials in the US said they never doubted God’s existence, but that number has dropped to now 68% in 2012. The survey’s report also stated, “people younger than 30 are substantially less likely than older people to say prayer is an important part of their lives.”

Focus on the Family released a report showing Millennials to be the least likely generation to say “religious life” was important to them. Only 43% of Millennials said yes compared to 59% of Boomers.

A nation once founded upon the backs of Puritans and their values of hard work and love of God has been replaced by a pursuit of individual happiness and a dissatisfaction with “organized religion.”

There’s no question these findings are troubling. The lack of faith among Millennials is unlike anything we’ve ever seen before. In the circles I run in we’re quick to throw blame on my fellow Millennials for being immature, and to place the blame on them for why this country is going down in flames.

I’ve yet to see a single person react positive to these (and many other) reports. But I believe placing blame like this is shortsighted.

The studies of these findings highlight 3 major problems I see:

Standing on the Sidelines

What’s troubling to me is not the statistics and the studies depicting the lack of faith in Millennials. I’ve lived these statistics with almost all of my friends who lack intentional Christian community, church involvement, and consistent disciplines for engaging their so-called relationship with God. The statistics don’t scare me.

What’s troubling to me is how we’re responding to Millennials. Rather than extending a hand, we’re quick to place blame. It’s a lot easier to stand on the sidelines yelling at the refs than it is to put ourselves in the game.

Rather than being an influence we watch television every night.

Rather than getting involved, we wait for our pastor’s vision to extend to the next generation first. After all, if he or she isn’t on board with this, why should we be?

At some point we have to acknowledge that the excuses no longer cover up our lack of care for others.

I’ve yet to meet a single person who didn’t struggle with faith somewhere along the journey of life.

While I’d agree there is a big difference between doubting God’s existence and doubting His good and sovereign will, doubt is apart of the life of faith for all of us at some point.

I’ve seen the movie The Way two times now and each time I’ve been struck with how much we give the Christian ideal of unwavering faith a platform. With this picture of an ideal faith in one hand and our own reality of faith as an unending journey with struggles, doubts, and mistakes in the other hand, it’s no wonder we walk away to somewhere else that meets our needs instead.

The religious environment most of us have come to know is a rules-driven, legalistic, head disconnected from heart, sit up straight and pay attention, religious type of duty.

Disparaging statistics about the faith of Millennials aside, if we’re going to push for a Christian faith that doesn’t encourage the questioning of faith within life, I believe we’re only further alienating people who are searching for a place to share in the struggles and questions of life with others.

People are constantly searching for hope, for love, and for someone to genuinely care for them right where they are.

The bad news about the lack of faith among Millennials is that we don’t see it as an opportunity.

I’m not advocating for passing off blame from Millennials. We have much to learn when it comes to navigating faith and life.

I’m just asking that you stop blaming Millennials and start getting to know them.

By engaging others in personal relationships, you’ll change statistics without realizing it.

Don’t throw around survey statistics, extend a hand instead.