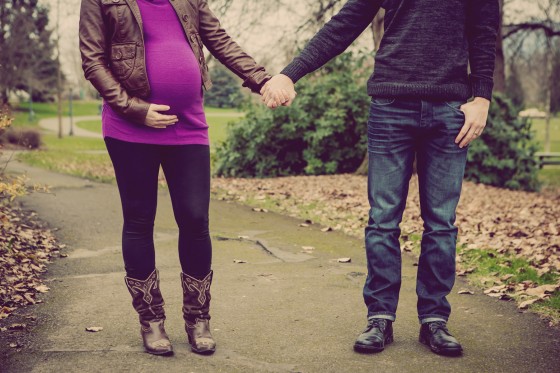 The past few weeks have been filled with little bits of anxiousness as we await the arrival of our first-born son. He could come at any moment. Our hospital bags are packed. His room is completely filled with everything a newborn could ever need or want. It’s all just a waiting game now.

At the same time my grandpa has been fighting for his life in Arizona. My grandpa Parker had a stroke on his way to the bathroom and fell to the ground in a way that caused internal bleeding in his head. For a while it seemed he wasn’t going to survive the injuries. But he has since stabilized and the doctors are more optimistic about his recovery.

My grandpa has always had a vivaciousness to him. Even into his older years he’s always been the one to crack the joke at dinner. Grandpa has taught me that life is a gift worth enjoying.

The thought of my grandpa not meeting my son is almost too much for me to bear. So at this point I’m just acting like that isn’t a possibility. It might not be the wisest coping mechanism, but it’s the one I’m rolling with.

In all this mix of birth and death, I’ve sensed God speaking loudly. Death provides a perspective on life that otherwise goes unnoticed.

Around the age of 18 I started to believe I was God’s gift to the world. I had never broken a bone, I got into the college of my choice, and I was dating a girl who would never break up with me (she did).

In my own mind I was indestructible.

But then someone a few years younger than me passed away in a flash. He didn’t have a disease. No doctor ever voiced a concern about a condition. And he was gone.

The 18 year old me quickly realized it can all end in an instant. My arrogance was unwarranted because I did not have the power to provide the next moment.

And while it took me a few years to move beyond my phase of arrogance (some may argue this has not passed), I’ve slowly learned to embrace the space of the present, knowing nothing else is guaranteed.

Paul says, “I die everyday” (1 Cor.15:31). Your life is no longer your own. As you surrender to God’s great work, He leads you further toward your true self. If you are already dead, death is not something to fear, but becomes a culmination of a lifetime of stewardship.

This reality of death is one reason hymns timeless treasures of lyrics and music. Almost all of the more famous hymns always end with a verse focused on death and eternity. One of my favorite hymns, Abide with Me, was written only weeks before the death of its writer Henry Lyte.

The hymn writers had the foresight and wisdom often overlooked in today’s culture that acts as if death is not a reality.

I think you can learn so much about life from death. I say that because you die a good death by living a good life. In this way, death is an opportunity to live a good life in the moment that has been gifted.

Someday my grandpa will pass and I will mourn his loss. But I will also celebrate his death knowing he lived a great life. Life, in its fullest sense, doesn’t truly end at death.

Life carries on the lives of those surrounding the dead.

And as my son enters into the world I hope to help him follow in his grandpa’s footsteps — pouring into this life, knowing it can all vanish in an instant.