The past few weeks my life has brushed up against life and death in its most acute form. Today I want to share some thoughts that have motivated me to continue pursuing people despite the internal grief I have over losses in and around my family. 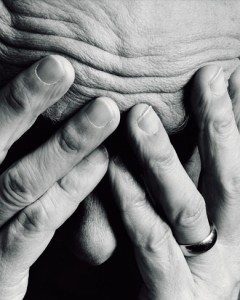 Death is often ignored in our culture, even among Christians, but there is also a fascination with death. Television shows such as The Walking Dead and the book series Twilight, hint at our fascination with the subject. Within Evangelicalism, books like 90 Minutes in Heaven and Heaven is For Real have been among the highest selling books of the past 15 years.

“Today, travelogues written by children who visit heaven are our bestsellers. But earlier evangelicals read stories of transformation at the end of life and the narratives of faithful dying. Such stories filled religious periodicals. They weren’t offered as eyewitness proof of Sunday school pictures of heaven” (Rob Moll).

No story on the value of relationships surrounding a death leads in a positive direction like John’s writing on the death of Lazarus in John 11. Jesus pursued people. Despite needing to travel a seemingly dangerous journey to go to the home of Lazarus, Jesus makes it quite clear that being with Lazarus and his family is vital.

Thomas encourages the disciples to join Jesus on this journey by saying this profound statement: “Let us also go, that we may die with him” (John 11:16).

John Donne said, “no man is an island. Every man is a piece of the continent,” in his work Devotions. Rob Moll builds on this sentiment by saying that “while death was a spiritual event, according to Christian tradition, it was and is not a private affair simply between a Christian and God. Indeed, the loss of a single brother or sister in Christ wounded deeply the community of faith” (The Art of Dying).

This is the missing piece for many—we lack community within our faith. Death then becomes the same picture life was: an isolated event.

Life, in its fullest sense, doesn’t truly end at death, it carries on the lives of those surrounding the dead.

Therese Lysaught eloquently says, “Christians do not die alone. Rather, death within the Christian tradition is an experience of ongoing, communal presence…the church remains a constant and unbroken presence to those who are dying beyond the point of their burial” (The Art of Dying).

All around are shouts toward the Christian church questioning this type of view on death. Death to many has a finality to everything of life, despite the acute obsessions with the after life.

Ultimately our focus on death is so that the lives of the dead may live on in power through us. We continually remind ourselves that God has defeated the power of death and now death is merely a transition to a new life.

In caring for the dying and the grieving, and in pursuing death to become a communal act, we are able to more rightly understand the eternal power of life and the hope of Christ.