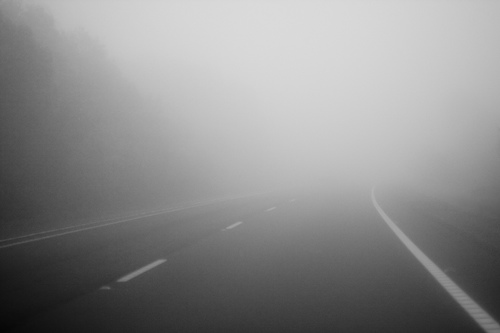 Over the weekend I had this random thought (I get these quite often and usually forget to write them down):

Now let me provide some context…

I’m a planner. I could tell you almost hour by hour exactly what this work week will look like, in strict detail.

I do well with consistency. I like to know what’s coming. The unknown of life scares me.

Last summer as I was navigating what my next step may look like, I read a number of books that get at the difficult subject of calling and vocation. What was it that God wanted me to do with my life? I didn’t have an answer. But I relied on the Scripture saying that my God is not a God of confusion. He would clear this up for me. Or so I thought.

God says in Jeremiah, “I know the plans I have for you.” Isn’t it interesting that He knows but I rarely do.

Is clarity really the end all? Is knowing God’s future plans for you what you should be supremely focused on? Doesn’t that just undermine living with trust and obedience?

In taking time to think through this here’s the one thought that’s landed for me:

Clarity is an outcome of intimate connection with God, not an award given for trying hard. (tweet this?)

I think what God tries to make clear for you is the next step. Just that. Sometimes we’re able to get big time perspective on life, but often the norm is relative confusion. You don’t need to view this as a negative thing.

Clarity isn’t something you can fight harder for. Confusion is an opportunity for trust.

Here’s what I know about God: he said he would never leave or forsake you. He did not say that he would reveal His plans for your life anytime you desire to know.

So take this faithful God with you, and allow Him to slowly reveal these great and wondrous plans.

Now and then other bloggers write something on the same subject as me. Most often there’s is much better than mine, as is the case here. My friend Matt got the same message from God over the weekend and wrote about it.