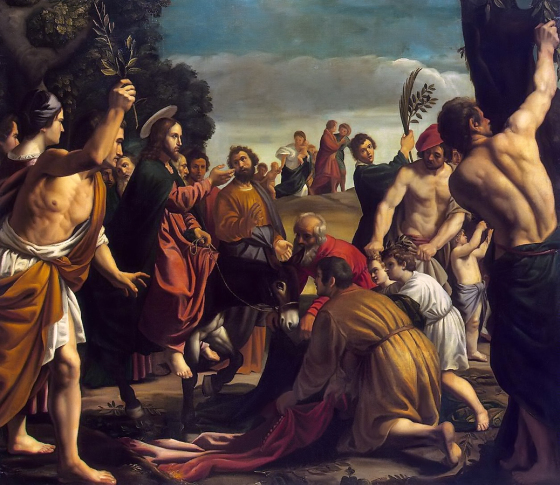 This past Sunday was known as Palm Sunday to those in the Christian faith. The day not only begins what is known as Holy Week, but also reflects back to the Triumphal Entry of Jesus into Jerusalem as people waved palm branches and placed garments on the roadway as Jesus arrived.

An overlooked character in the story is the donkey that Jesus rode along the steep roadways just outside of Jerusalem. Corrie ten Boom, considered by many as a heroic WWII figure, wrote that she desired to be more like the donkey than the hero:

“Everyone was waving palm branches and throwing garments on the road and singing praises, do you think that for one moment it even entered the head of that donkey that any of it was for him?”

This contrast between the humble position of the donkey and the heroic position of Jesus is one to consider. In recent years marketers have pushed the idea to businesses that their customers need to feel like the hero. Rather than the business positioning itself as the hero, good businesses come around the client so they can become the hero.

You can see how this type of thinking can easily go sideways when translated directly into the local church. While this concept plays well within a business context, I hope churches will push people to be like the donkey rather than the hero. The Christian faith already has a hero, and salvation comes through the humble act of recognizing Him as the only hero.

In his book The Dusty Ones, A.J. Swoboda moves this comparison of donkey and hero into the creation account. Adam and Eve were the final creation of God, and this is often referenced as the great culmination of God’s handiwork. Swoboda has a different thought about this:

“Humans tend to be prideful donkeys, really. To see everything as being about merely us is to be the donkey that brought Jesus into Jerusalem and think people are clapping for us. The story of creation, of course, has a story that is greater than just us. Yes, we are important, but we not the sole character in the story…I would maintain that God created humans so late in the creational game so that we would eternally know how little we know. Being made so late is kind of a built-in humility for humanity” (The Dusty Ones, 31)

I’d encourage you to grab a copy of A.J.’s book. He and I actually grew up in the same town, went to same high school and same church, though a few years apart. My 7th grade history teacher Mr. Krumdick even gets a nice shoutout in the book. As it relates to this discussion of donkey and hero, I think A.J. is highlighting the crux of it all—that our response to God’s action should be an act of humility not the exaltation of self.

As you enter into the various activities and reflections of Holy Week, remembering the death and resurrection of Jesus, resist the urge to become the hero of the grand story God is telling.