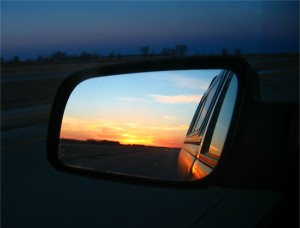 I can’t think of a more life-altering year, than 2013 was for me. Throughout the year, despite having any number of excuses to quit, I held myself to writing consistently. In fact, on a number of occasions I think writing helped me stay sane, cause operating on very little sleep for weeks on end starts to play tricks with your head.

Toward the end of the calendar year I enjoy reflecting back on all that the previous year held in its grasp. The good moments, and bad as well. Quite often I can trace God’s hand of guidance throughout, despite wondering where He was in the moment.

So today I’m doing a little reflecting on the writing end of things, looking back over the year that was 2013. Here are the top 5 most read posts:

“It’s hard for me to focus on a crisis of allowing more people to become legally married when existing marriages are already so fragile. All this news surrounding the push for marriage equality tempts you to take your eyes off the marriage crisis already happening.”

“When your story carries too much weight it’s quite easy to justify sin. We can start to decide what is right and wrong based on what we have gone through in life, rather than God’s Word. God can then be formed from a picture of our past rather than the Almighty God.”

3. Are You Character-Driven or Career-Driven?

“You cannot build character through a career, but you can find a career by having character.”

“If the answer is to find full agreement or else then I’d rather just stay quiet than engage the disagreement, even if everything in me hates creating camps that never reach beyond themselves. 95% of the time when I see another discussion focused around some of the key values for Christian feminists, I choose not to engage because I know in doing so I will bring on an incredible amount of backlash.”

“If you’re only looking for what is wrong you’ll always miss what is right.”

Honorable Mention: Is a Boring Story Worth Telling?

(an honorable mention because as most bloggers can attest to, often the best writing is overlooked for more controversial things)

So thankful for all of you who have taken the time to read, comment, share, and support my writing on this online space.