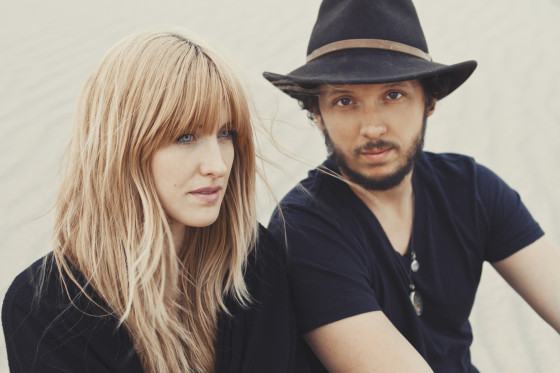 4 summers ago Rose and I went to a small coffeeshop in downtown Portland to see Gungor play through songs from their album Beautiful Things. We stood the whole time. There were no chairs. Just one hundred people all singing songs that had become anthems for their lives. One of the best concerts I’ve ever been to despite the awful venue. Michael and his wife Lisa were even kind enough to talk to my mom for a few minutes outside of the venue before the show.

Fast forward to the past few weeks when Michael Gungor found himself in hot water with many in the Christian community for calling into question the traditionally held understanding of the creation account in Genesis, and the role that Scripture should play in the lives of believers. If you’re just catching wind of this, here’s the interview answer that has received the most backlash:

“I have no more ability to believe, for example, that the first people on earth were a couple named Adam and Eve that lived 6,000 years ago. I have no ability to believe that there was a flood that covered all the highest mountains of the world only 4,000 years ago and that all of the animal species that exist today are here because they were carried on an ark and then somehow walked or flew all around the world from a mountain in the middle east after the water dried up.”

“I have no more ability to believe these things than I do to believe in Santa Clause or to not believe in gravity. But I have a choice on what to do with these unbeliefs. I could either throw out those stories as lies, or I could try to find some value in them as stories.”

With that backstory, you might be wondering why Michael and his band Gungor have earned the pushback many have passed along. Let me explain.

Michael writes music for the church. He wrote an entire album based on the storyline of The Bible. Many, many churches sing songs he has written every weekend. Michael has a responsibility to lead the church toward Christ. I believe he knows about that responsibility.

It isn’t that Michael called into question the typical understanding of the creation account, it’s how he did it. I interact with people all the time who are questioning the exact same things Michael is choosing not to believe, but they choose to do so in a place of humility, with an effort to understand through faith. Michael, instead, chose to belittle those who come to different conclusions.

Your HOW reveals your WHY.

How Michael went about voicing his concern was in poor taste, at best. Now we’re left to wonder why Michael would choose to do this. No one who holds to God creating in seven literal days, or believes that Adam and Eve were real human beings created by God should have their understandings of Scripture compared to believing in Santa Clause.

While consistently disputed, Christianity has, by and large, held to a literal 7-day creation, a literal flood, and a literal Adam and Eve. Christians have also held the Bible in high esteem, placing it as a foundational voice of God for them to follow. As I’ve said before, we create a false dichotomy when we say Jesus > The Bible, an idea Michael pushed at length on Twitter this past Sunday.

Confusions, disagreements within Christian Orthodoxy, questioning Scriptural understandings, all must be done with nuance and grace. We must choose to ask our questions with open hands, instead of a clenched fist where we belittle those with differing conclusions.

This fall I’m teaching a one week course on the book of Genesis, and I plan to present the valid conclusion of a non-literal creation account. But I want to do so, through the grace of God, by holding Scripture above my conclusions, pushing others toward a posture of humility when approaching The Bible.

In my estimation, Michael Gungor has earned the pushback he’s received because the tone of the conversation he started is one of pointing fingers instead of promoting a conversation. I will still listen to Gungor’s music. If I could afford to I’d have them to my church on a Sunday.

Michael’s questions are nothing new to the Christian faith, but I hope those near to him can steer him toward a more graceful questioning.