(Hemingway described writing as bleeding on the page. I think today’s post is a little more like that than usual. Sometimes posts come out in 30 minutes of writing. Sometimes they take 30 days to develop. Today’s is the latter. Thanks for taking time to read in this space). 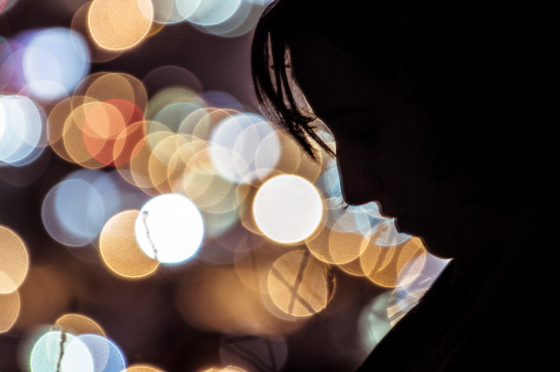 2 years ago I had the dream of becoming the next sought after young Christian pastor/writer/speaker. I fully believed God had equipped me for the role. It wasn’t a selfish dream, it was something birthed through the encouragement of others. I had the tools and gifts needed, and thought I had the fortitude to handle success without it becoming damaging.

I was in the process of writing my first book. I had a blog that had a big enough following to make a few top 100 Christian blogs lists (all thanks belonging to each of you for reading). I was a pastor, writer, and musician, living in the most hipster city in the world (it’s possible Amsterdam deserves this nod). If you’re my age and you want to have the right vibe, you move to Portland.

Everything was in place. Dreams are built slowly, but I was on my way.

I released a book I could be proud of. I’m not actually a writer, it’s not my gifting, but I worked myself into the ground so that I could compete with people who write books and are actually good writers. The dream was building.

I followed the respected advice of many industry leaders within church ministry, writing, blogging, and speaking. You need a product to go along with your name, something people can touch and hold that is attributed to you. With the product available, then you launch your brand. Yes, I was building the so-called “platform.” Tyler Braun, 20-something guy who challenges Millennials to live the Christian life differently! I made sure as many people as possible read my book. I toiled away, early mornings, coffee in hand, building a platform that could support my dream. It was incredibly hard work, and extremely gratifying to connect with so many on a message that was welling up within me, gospel so many are missing.

A few thousand copies were sold. I was proud of that. I was a no-name 20-something guy trying to teach others about holiness, something I hypothesized most people do not value. It would be like teaching people to like kale even though kale is nasty (somehow that worked, even Jamba Juice adds kale to their smoothies now).

The supposed platform begins to disintegrate. Big dreams die quick deaths. So close to that dream, yet who knows how far away in actuality.

I’m a failure. The opportunity of a lifetime passed through my fingertips. Do I even have what it takes to make it, to be successful? What is success?

I felt like Saul who had God’s anointing through Samuel, and had one tiny misstep, and everything started to unravel. Saul never recovered. The Book of 1st Samuel says an evil spirit came into Saul’s life. But keep in mind, this all started because he left a few animals alive after winning a battle.

Saul had everything at his fingertips, he won battle after battle, and as soon as he could grasp his success it vanished.

I move. I graduate. I become a dad. I ponder my newfound boring life.

I read John 3:30, a lot. He must increase. I must decrease. It stings. I take long glances at the platform that I tried building, now laying in ruins. No upcoming books. No speaking opportunities outside of my local church.

What do we do with our dreams that end up dying? What if we’re to blame for the dream never coming to fruition? Maybe this was the way it was supposed to be all along? The rest of this was just a detour, a lesson. Maybe?

As a pastor I’d tell you we always need to seek out an attitude of joy when we sense God pushing us in a different direction, even if that search is an endless digging, deep within our bones. What is currently painful is often God’s touch of grace. But my lived out experience will tell you how difficult it is to deal with the pain of a dying dream, especially when the dream died because you couldn’t quite make the cut.

This is the danger of dreams, that they become who you are, and in the process you become lost. The things nearest to you have less value because the things shining brightly far off in the distance become the allure of your eyes. But you are left in the dark when it all vanishes in the wind.