The older I get the more I see today’s culture validating toxic behavior, making this world a toxic environment to live in. The anti-thesis of the Gospel is the accepted norm: you are what you do; survival of the fittest; the hardest and most conniving worker wins the day. Stress is something only kept at bay for the two weeks of vacation a year. 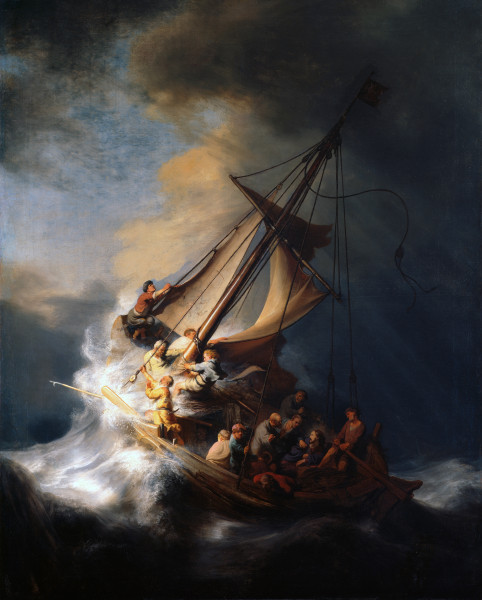 It is this environment that produces the anxiety we have all come to give into, living with it, instead of pushing against it.

A year ago I read Mark Sayers’ latest book Facing Leviathan. At the time I was impressed and I wrote an endorsement for the book that reflected the feeling. I’m going through the book and finding it to be a prophetic voice for the church so obsessed with un-Jesus definitions for leadership. I rarely call any book a “must read,” but if such a thing exists, this book is one of them.

In the book he describes leaders as individuals who have retreated from the toxicity of the world, gaining critical distance, then choosing to re-enter, “to command a non-anxious persona in an anxious environment” (134). What I appreciate about this understanding of leadership is that it has nothing to do with personality, skills, or tactics. Instead it is wholly focused on a God who speaks the gospel into individuals, allowing them to lose their cultural anxiousness.

This brings to mind Jesus sleeping, withdrawn, on a boat, in the middle of tempestuous lake. Chaos surrounds, he sleeps. No anxiety in the God who spoke the creation into existence.

About this, Sayers adds:

To survive and effect positive change the leader must learn to separate from the toxic environment and ultimately learn how to emotionally withdraw and return. By gaining emotional distance the leader can return, embodying a posture of peace, which although initially resisted will eventually heal the environment.

These leaders are not fully embraced within our society. They typically are given two types of responses.

Many within an anxious culture are looking for gospel truth to shift their lives away from following the culturally accepted anxiousness. Throughout the book Sayers uses Jonah as an example. He (albeit, not by his own decision) disengaged from his anxious worldly environment, and only after gaining critical distance could he speak truth to the Ninevites. Jonah was not prepared for it, but the people of Nineveh were looking for a leader to speak the hard truth critical distance gave Jonah.

The acceptance and embrace can produce its own toxicity, where leaders get lulled to sleep through a desire for consensus and harmony, losing their prophetic role. This leads to the second response.

Often a rejection rocks me to my core. It causes me to question the validity of what I’m doing, even when this rejection comes in invalid forms. The non-anxious leader who has done the work of withdrawal is not thwarted by the rejection of sabotage, they expect it.

In fact the rejection fuels the non-anxious leader more fully into their role as the withdrawn, now initiating leader.

In 2007 Stanley Friedman published A Failure of Nerve: Leadership in the Age of the Quick Fix, his examination on our state of constant stress and anxiety. In it he outlines how those overcome with over anxiousness look toward others in similar situations to validate their own. Together these stressed out individuals unite against the leader trying to shift the paradigm.

To this we come back to the idea of withdrawal as the key for leaders. Giving space for God to speak gospel truth into individuals, breaking the bonds of 21st century anxiety and stress, showing others that life is not defined by cultural standards, but through eternal joy in Christ.

This is the kind of leader needed.